Weicon PTFE Thread Sealing Cord DF175 is a patented thread sealing cord made from 100% pure PTFE (often known as Teflon®) that seals almost all metal and plastic threads easily, permanently and safely. PTFE Thread Sealing Cord reliably compensates for the intermediate space left between threaded joints and automatically creates a PTFE film to fill this space as the threads are screwed together. This film is extremely resistant to almost all chemicals including even the most aggressive solvents, caustic agents and acids.

When compared to conventional thread sealing tapes, which are often made from PTFE combined with a carrier material, the entirety of Weicon Thread Sealing Cord acts as a sealant. This eliminates the risk of separation of the carrier and sealing material, which can occur with some standard thread sealing tapes over time.

In addition to its outstanding chemical and media resistance, Weicon PTFE Thread Sealing Cord DF175 withstands extreme temperatures from as low as -200°C up to +240°C and remains soft, elastic and durable for an unlimited period of time. Each container replaces around 20 rolls of standard Thread Sealing Tape.

Teflon® is a registered trademark of DuPont®

Can this PTFE Thread Sealing Cord be used with plastic threads?

Yes. Our Weicon PTFE Thread Sealing Cord works well with either plastic or metal threaded connections and seals both permanently.

Where is the lubricant that is supplied?

It is in the base of each container of PTFE Thread Sealing Cord, which unscrews. Once you’ve taken it apart you’ll see that there’s a little roll on applicator that lets you apply the lubricant. 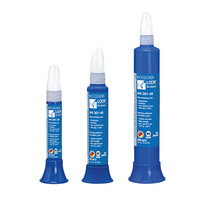 Weiconlock AN 301-48 Adhesive for Cylindrical Assemblies 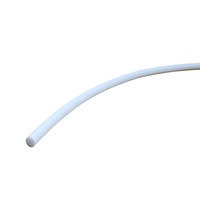